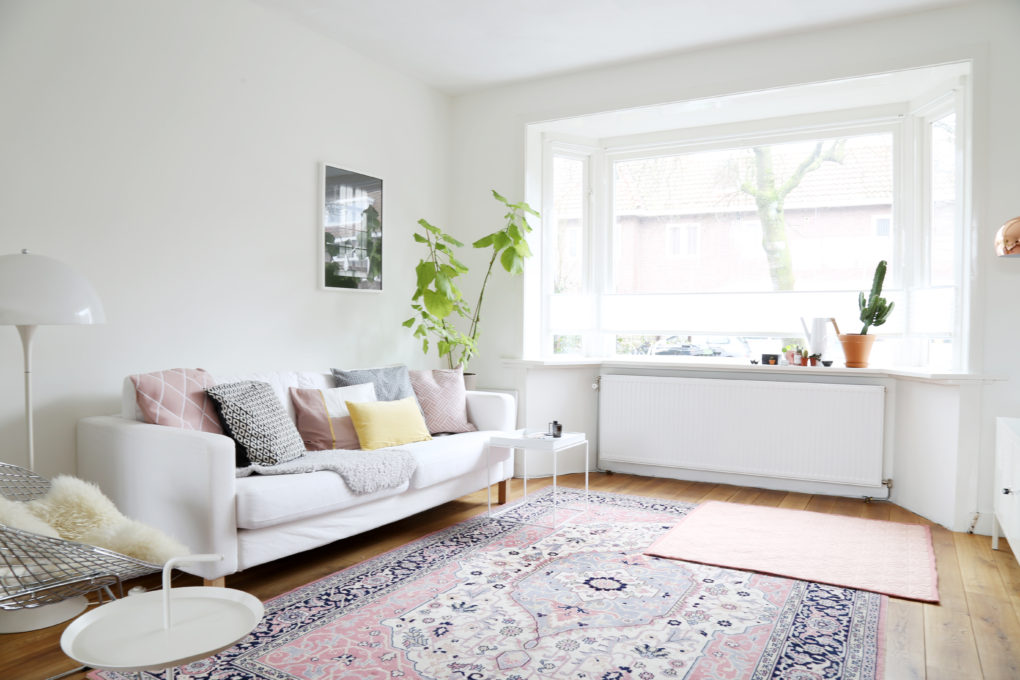 We are almost 2,5 years along in our renovation so I decided to write a serie of posts about the things we would’ve done differently, with the knowledge we have now. First I thought I would do 1 post, but when thinking about what I was going to write, I concluded that that would get a very long post. Because yes, there would be a lot of things we would’ve handled differently now. But that’s okay! We might change some stuff later on or for the next house we will renovate. Never say never ;-)

So number one in this serie is the livingroom. Before we moved into our house, we had 4 weeks to finish the livingroom and bedroom, so we could live here. You can imagine that didn’t give us much time to think about everything over and over. It was simply about doing the basic necessities and we would think about decorating later. 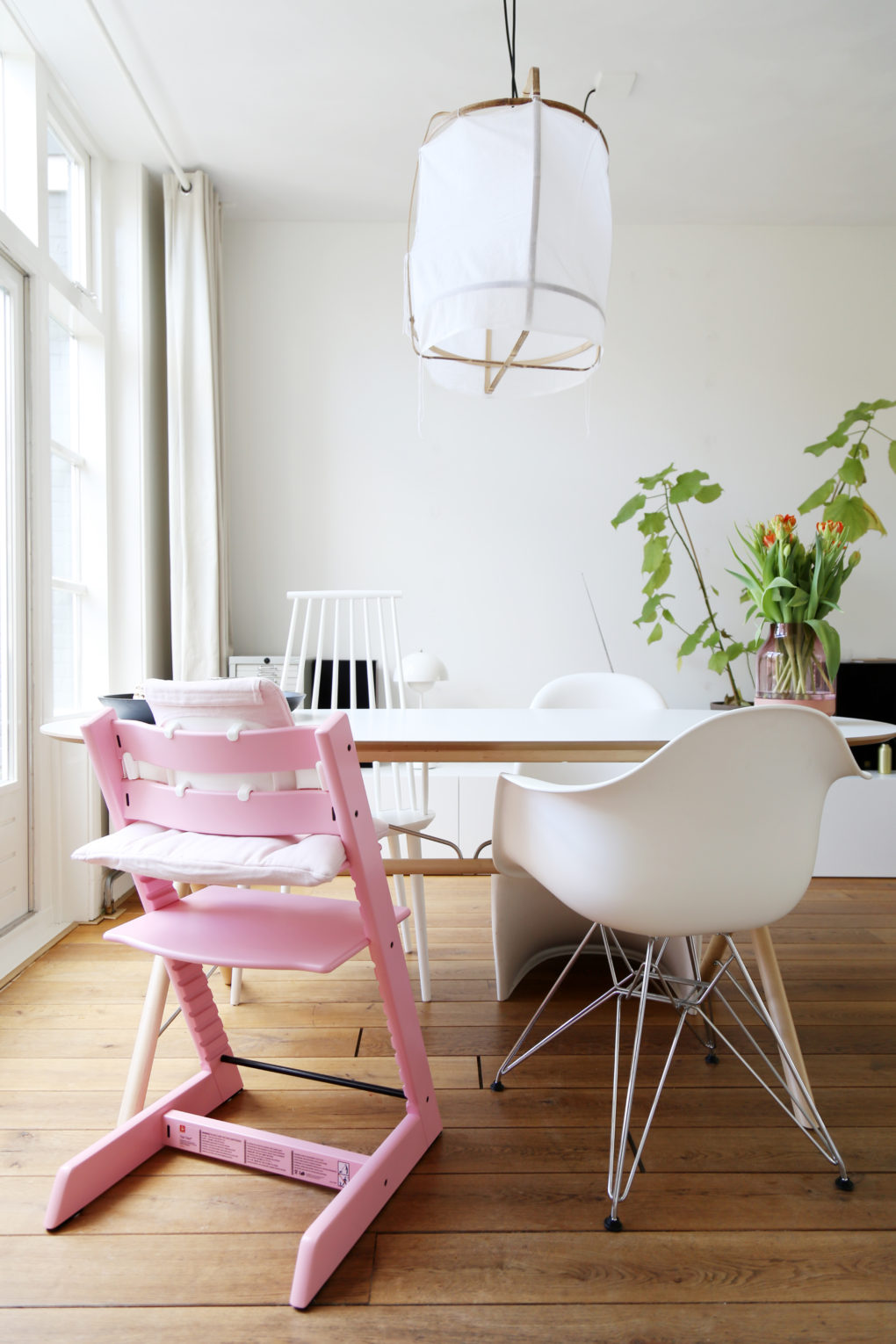 The first thing that comes to mind about our livingroom is that I would never do the floor like this again. Since we were in such a hurry we figured, it’s a good floor, too pretty to throw away so we just sanded and oiled it again. And while it is a good floor – solid oak – it’s just not my type of floor. If I could’ve done it all over again, I would paint the boards. We are still thinking about that but the thing is, every piece of furniture is now based on this floor, so that would mean we would have to change some of that as well. It’s a big step so we are taking our time. But some day, I’m sure we will! 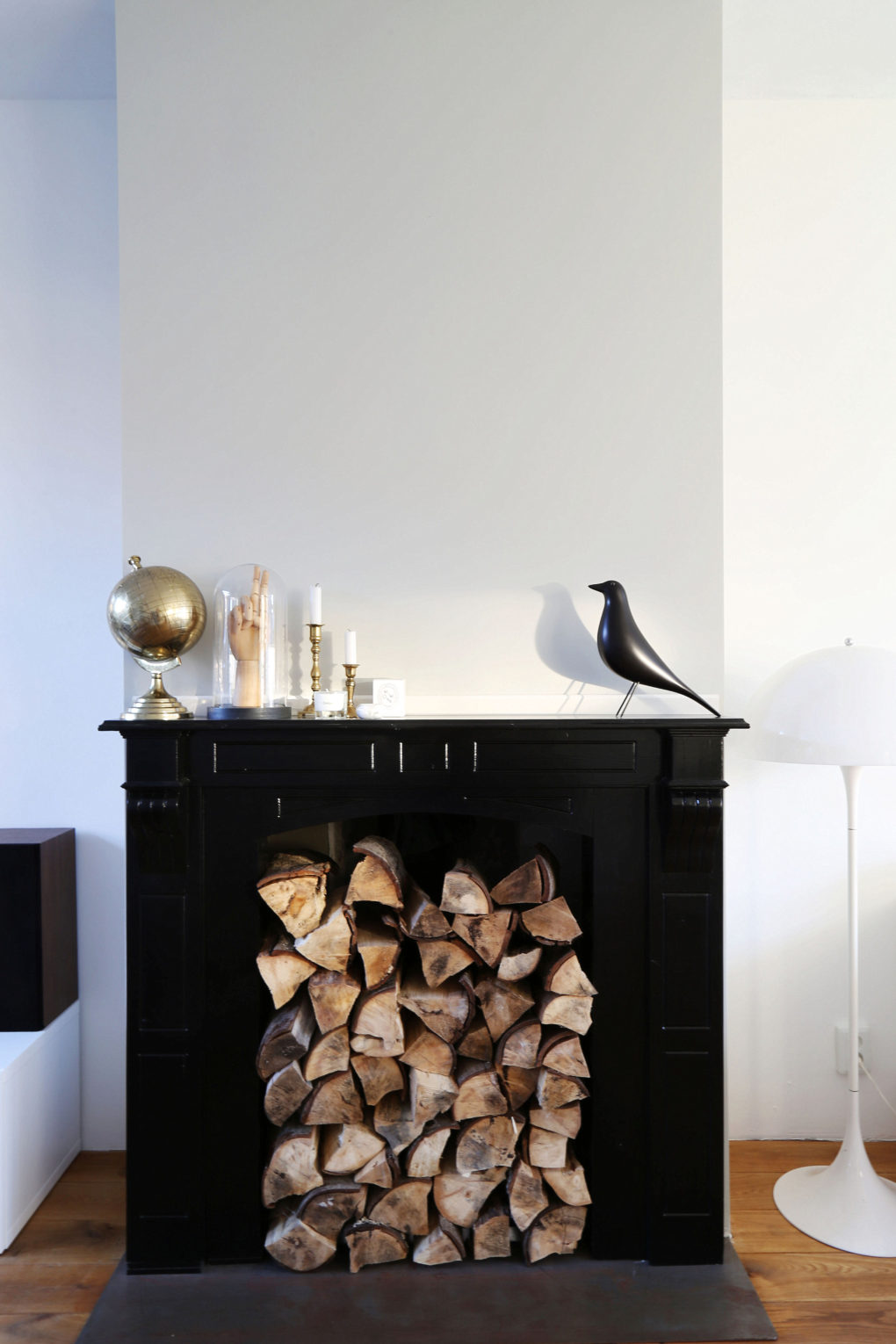 Basically the livingroom is about 2 things to me: the floor and the fireplace. If I could do it over again, I would’ve taken those first weeks to buy a heater. Because in those weeks you are spending so much money you don’t even think about it. A heater – preferably one that we can burn wood in – is still a big item on our wishlist but it’s a lot of money so it’s not something you buy in a heartbeat. We already know which one we want after searching on the internet and visiting showrooms, a heater by Jacobus is our favorite model. 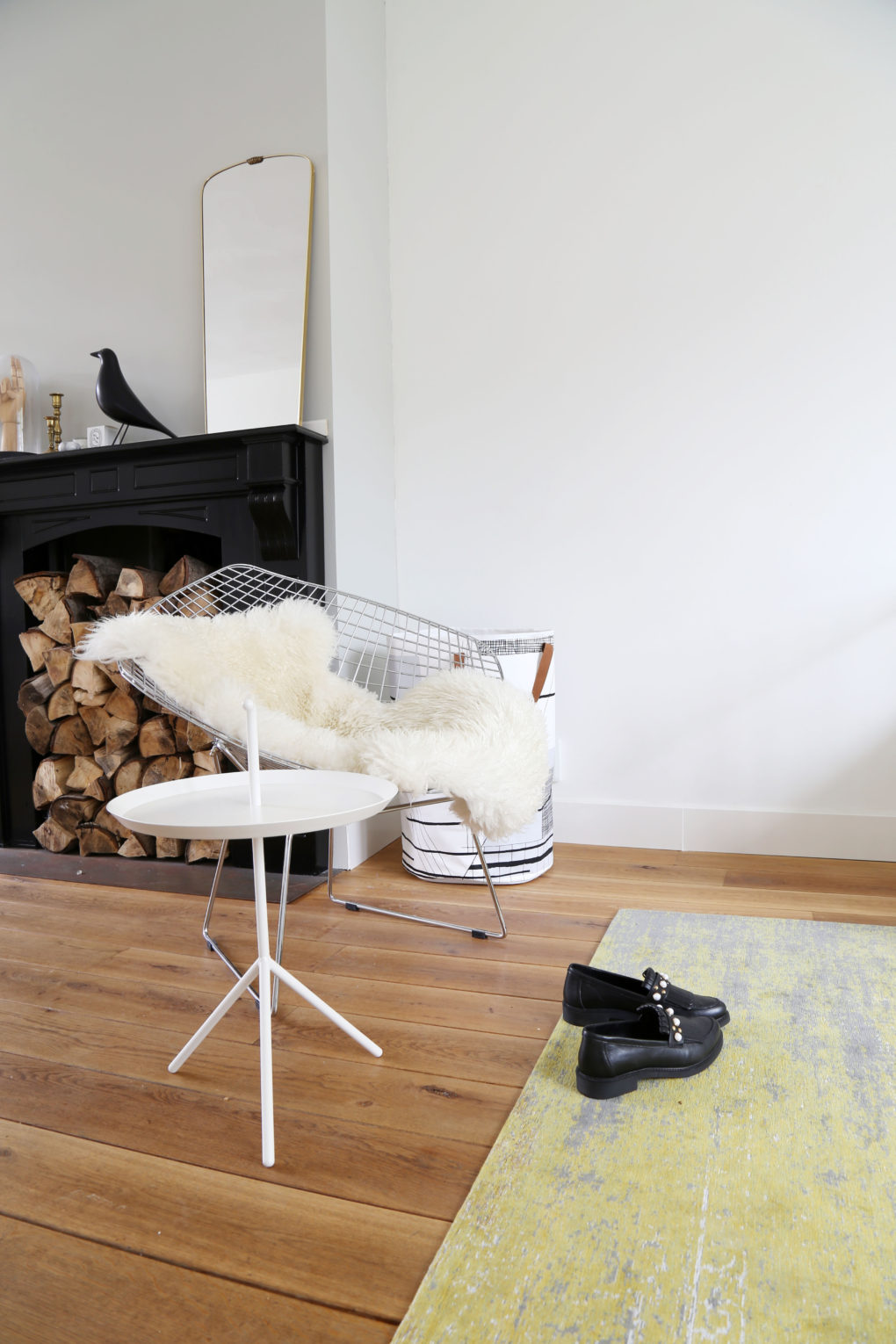 You can imagine that if we would have a fireplace, this chair would be facing the other way. Next to the heater, what a cosy spot that would be! 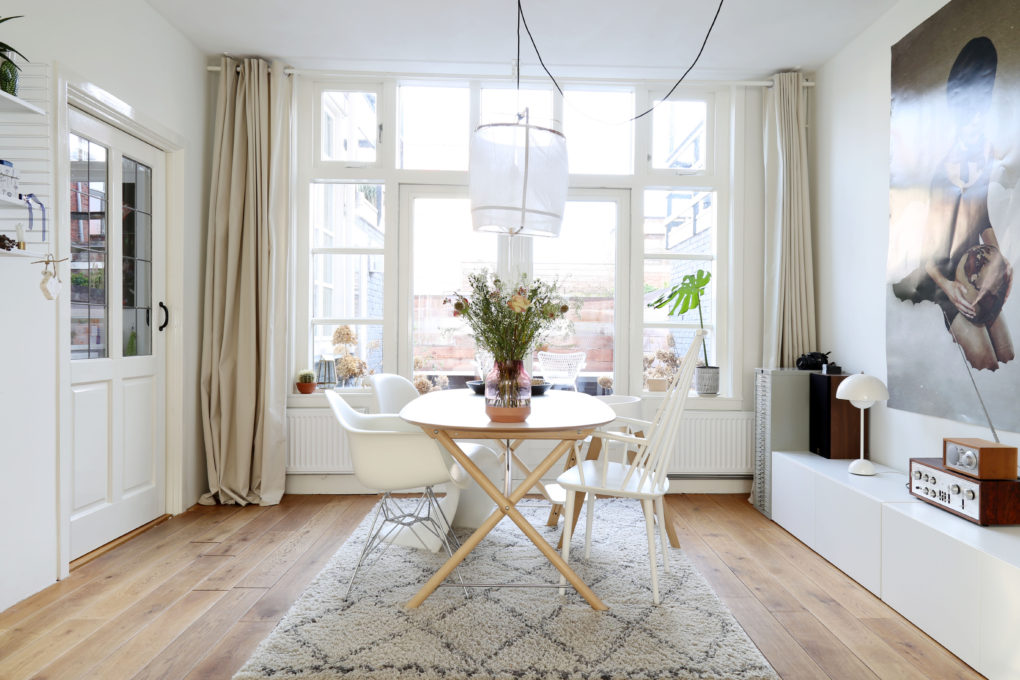 And a last fun fact about the livingroom. During the renovation we doubted about removing the wall between the kitchen and livingroom. The door on the left of the picture leads to the kitchen and some of our neighbors already removed this wall. Doing this has pros and cons. It would feel more spacious and you wouldn’t always have to open the door before you enter the kitchen. Especially with guests I hate this door, because you’re not able to have a conversation anymore. The other side is the benefit of this door, because the kitchen is a more cold area of our house and this way the kitchen is easier to heat (because, small) and the cold doesn’t enter the livingroom. And while this advantage might not specifically count for me, it sometimes is a nice thing that you don’t always have to look at the mess in the kitchen. So while I like the idea of it, I’m still happy we chose not to.

So that was part 1! Planning a lot more of these, next up will be the renovation process of our kitchen. Stay tuned! 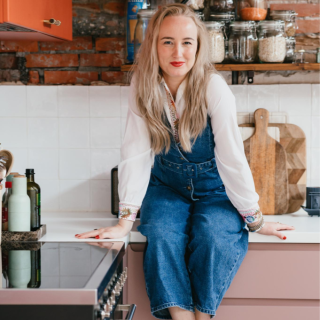